Siting down behind a group of teenagers in the movie theatre or walking behind them in the mall, you might look at them blankly, mystified at the foreign language they seem to be speaking.

“Yo, I heard the fight scenes are turnt!”

“Hey bae, Pac Sun has the most lit halters for that jam on Saturday.”

If you still live in a Brady Bunch type of world, you’ve got a lot to catch up on. Here’s a sort of teen-translation dictionary you can turn to in moments like this.

First of all, don’t say squares unless you’re talking geometry.

Although this one is actually on its way out, the term “on fleek” means on point.  As in spot on.  Or as your grandmother would phrase it—acceptable.

“Dang those shoes are on fleek with that shirt!”

This Instagram acronym means Throwback Thursday, which means you post a picture of yourself waaaay back when (since you’ve been alive so long).  Especially rebellious teens use TBT on Mondays too.

TBT to when I was THAT kid for family picture day…

Let’s remember that the teenage brain is still developing. For lack of creativity, Turn Up, or simply T-Up, literally means to turn up.  With major emphasis on the “up.”

“You gonna T-Up at Katie’s party tonight”  “You better Turn Up for the game son.”

Teens have so many endearing terms for each other.  Instead of simply calling each other by name, guys call their friends “bruh,” girlfriends are called “Bae” short for babe, which was already short for baby, and family is cut to “Fam.” Because those extra two syllables are just.too.much.

“Can’t tonight bruh.  Got a thing with the fam and then dinner with Bae.”

No need to sound the alarms when you hear one teen telling another that they are killing it.  I mean killin’ it.  It basically means they are doing really awesome. So awesome, it must die.

“OMG, you were killlin’ it on the dance floor!”

Lit like a light baby.  That party was hopping, jumping, bouncing.

”That party was lit.”

Not to be confused with Turn Up or T-Up.  Totally different ball field people. Thanks to the upstanding citizenship of one Miley Cyrus and her hit song “We Can’t Stop,” teens everywhere are “so turnt up yeah, getting turnt up yeah.”  Thanks Miley.  Because the dictionary doesn’t have enough definitions for getting rowdy, crazy, wild, or raucous.

“It’s about to get turnt up in here!”

This one has no logical explanation besides a boy’s love for his Vans shoes. I first met the infamous Daniel on Ellen.  This clip alone has almost 28.5 million views!  It’s stupid really, but so dumb it’s funny. Since this viral sensation, teens everywhere have adopted the phrase, “Damn, Daniel.”  Sometimes the world makes no sense.

Because plain Ok was just too aggressive for a text.

“You got the presentation part of our English project?”

The mystified term for when a teen literally cannot imagine the outcome of a particular scenario.

“I mean the universe.  I mean quantum physics…I can’t even.”

Mad skills, mad love, mad props…all these “mads” have zilch to do with teen angst.  Mad means cool.  Real cool.  If you’re the lucky recipient of the adjective, it means you’re all right in your teen’s book.  You’re one mad dad.

“Yo, that girl be giving off mad looks.  I think I’ma ask her out.”

Although spell check doesn’t recognize these teen idioms, if you wanna get jiggy (spell check just changed that to “piggy”) in a teen world, you gotta know their vernacular—you gotta speak their language. Try a few of these out and let us know how it goes (double winky face emoji)!

Oh, and if you want to be a few steps closer to understanding your tweens and teens, here are some articles you might enjoy!

Previous Post: « Unexpected Vintage Fashion Pieces YOU Can Curate Too!
Next Post: ‘Why I Love You’ DIY Pillow Tutorial » 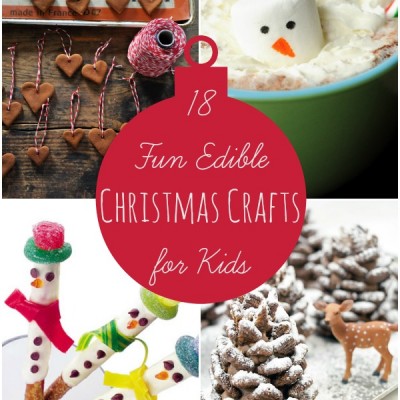