Disclosure: This post may contain affiliate links. This means, we may receive a small commission if you choose to purchase something from a link we post (including links to amazon.com because we are a participant in the Amazon Services LLC Associates Program.) Don’t worry, it won’t cost you anything.
Share233
Pin102
Tweet
Email
335 Shares 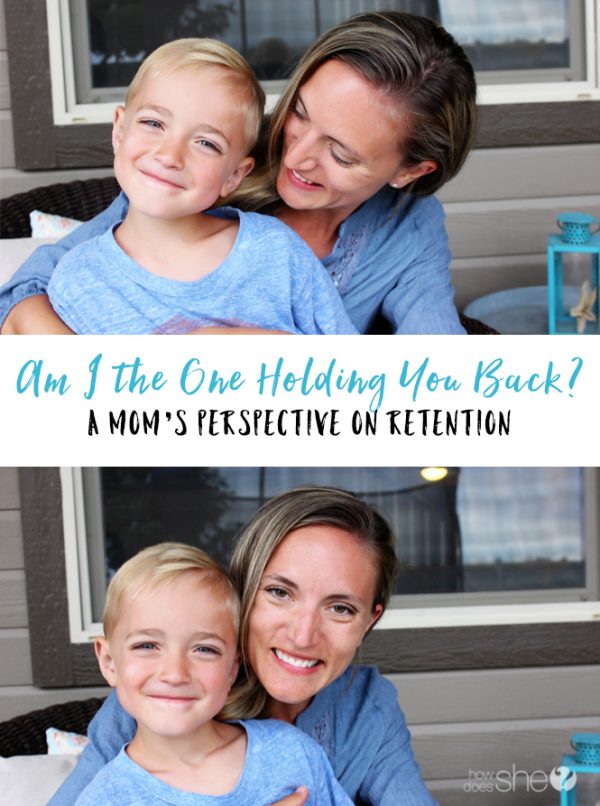 When my water broke and I woke up gasping in the middle of the night August 27, 2010, the last thing I thought about was whether or not we would be holding this guy back from kindergarten.

Maybe that’s because he was three weeks early and kindergarten seemed a million miles away at the time. All I knew in that moment was that this perfect little boy was mine and I would do absolutely anything to make sure he had a good life.

August 28th is a significant date in a parent’s book. It’s the day that marks your child’s initiation into the public school system. Kindergarten. August 28th is the guillotine set by local educators and policymakers as for who goes and who waits.

This past school year, I found myself in a very sticky predicament. My little buddy was eligible for Kindergarten. He had been attending a developmental preschool for some pretty intense speech therapy. Although I thought his little lithps and sound replacements endearing, hardly anyone outside of our immediate family could understand a word he said.

In order for him to keep getting speech services, regulations required him to go to Kindergarten. And so the day after he turned five years old, I walked him to that big school, stood by him in line among peers who towered over him like sky scrapers over a hot dog stand, and thought, Am I doing the right thing? Maybe I should have kept him an extra year. Most of the kids in his class were already six or would be soon. Many of them were reading books while he could barely pronounce his own name with enough clarity to be understood. I hated that day. 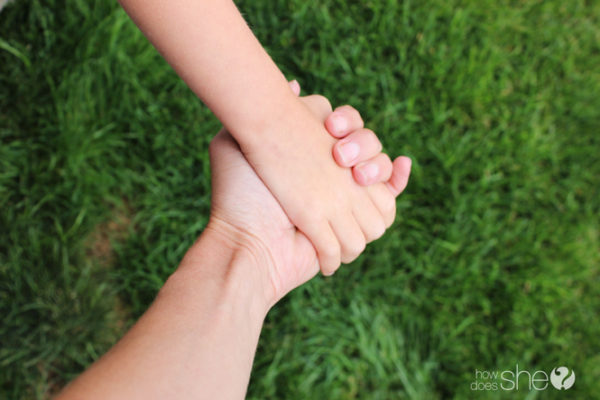 I’ve never been a fan of the term “held back.” It carries negative connotations, like the kid you knew in grade school who was “held back” because he couldn’t read at grade level or keep up with the pack. He was the dumb kid.

Now that I’m a parent and staring retention right in it’s ugly face, I realize that it’s an iceberg that most people only see the tip of.

Did I do the right thing?

To make a long story somewhat shorter, my little dude waded through Kindergarten without too much of a hiccup. He performed adequately on standardized tests, made gains in his speech therapy, and even peeked a bit out of his shell to make a few friends. Was he at the top of the pack? No way. But was he at the bottom? Not exactly. If I had to make a guess he was somewhere in the easily forgotten middle. The thought I had on his first day of Kindergarten still nagged me. Did I do the right thing?

It nagged me to the point where I spent many restless nights grappling with the issue. Deep within my mother’s heart, I felt he needed to repeat Kindergarten. Hearing an audible tsk, tsk from trans-internet, won’t hurt my feelings. It seems to be the immediate response from academic researchers and school administrators nowadays.

In fact, the statistics concerning children who have been retained will downright scare you. And maybe that is their intention. When researching retention, you’ll come across studies that claim a higher drop-out rate of students who have been retained a grade. Research will argue that students who repeat a grade are no better off, and are sometimes worse off, than if they have been promoted with their classmates¹.

Believe me, these statistics make an impression, but as statistics go, they only deal with numbers, not individuals. Still, I can’t help but think, is it me that is holding you back? Am I the one keeping you from your true potential?

I know all about helicopter parenting and the fine line between interfering and advocating. I’m aware that he will have two “1st Day of Kindergarten” pictures, two kindergarten graduations. He will complete the same art projects and I will receive an identical painted washer necklace for Mother’s Day to compliment the one I got last year. I worry about the consequences that will come from making this decision for him. He may have completely different friends than he would have otherwise had—for better or for worse. It might affect his successes or failures in life, where he goes to college, the career he chooses, who he marries. Retaining him a year might shift his entire universe, or it could be barely a blip on his cosmic radar. I have no idea of knowing.

Retention from a mom’s perspective is this: a gut feeling.

It is wanting the best for your child—a desire so visceral you will do almost anything to give him a fighting chance. You would take a bullet, sacrifice your dreams, risk friendships, welcome alienation, and become a total pariah if it all meant that you could help your child succeed.

As a former educator, I understand the need for rules and regulations. I get the necessity of standards and thinking in terms of the “greater good.” But as a mom, the world is not so black and white. A parent knows deep inside what his or her child needs, and each child is so different. Retention was never a question for my oldest daughter, and I don’t anticipate it being one for my youngest two either. You have to look at each child as a separate, unique individual. Not a number, not a statistic.

If I can offer this kid an opportunity at greater confidence, I’m going to take it. As an adult, if I can advocate for him in this small moment when he can’t advocate for himself, I’m going to do it. If he can begin each new school year equipped to tackle his obstacles rather than feeling smothered by them and if he can run with his peers instead of lag behind them, then I will move heaven and earth to get him to that point.

A big part of me will always question whether we did the right thing having him repeat kindergarten. From the time he learns to read to the time he learns to drive, I will continue to ask, Did we do the right thing? But isn’t that how parenting is anyway? We make choices for our children when they are too young to make them for themselves—choices that might influence their futures—like where we live, what schools we enroll them in, what activities we sign them up for, and what privileges we offer them, and we hope for the best.

Maybe if my parents had steered me toward the violin instead of the t-ball bat, I could have been a world-famous violinist. Or maybe I love the person I am right now, exactly how I am.

Parenthood is full of a million maybes and what-ifs; a big part of us will always wonder whether we did the right thing by our kids. But all we can do is give them everything we’ve got—infinite love, security, and 100% I’ve-got-your-back support and then hope it all works out.

Parenting is always about doing what is best for your child, even when it is difficult. And it can be difficult. We get it. It can be a daunting task to know what choices to make. We are in the same boat! We love sharing what parenting tips and tricks we have found success with, and hope it can be a help for you as well. Here are a few past parenting posts that you might enjoy:

Is My Kid Just Hyper or is There Something More?

Previous Post: « Summer Notebook – Writing and Planning Fun With Kids
Next Post: How We Make Money at Blogging, Plus Sway’s Big Birthday Bash »