Disclosure: This post may contain affiliate links. This means, we may receive a small commission if you choose to purchase something from a link we post (including links to amazon.com because we are a participant in the Amazon Services LLC Associates Program.) Don’t worry, it won’t cost you anything.
Share92
Pin18
Tweet
Email
110 Shares

If you’re thinking of planning a Disneyland vacation for next year, there are some things you’ll definitely need to know.

We’ve compiled a list of all of the seasonal celebrations and some new attractions with our partner, Get Away Today. They are our Disneyland vacation experts. They always have the best deals and totally have your back. We’ve all booked several trips with them, and it’s always been a wonderful experience, with the BEST deals!

But, before we get into that, we want to briefly cover all of the new things that have come to the Resort this year that you may have missed. 2019 has been a banner year for the Resort with the opening of new attractions, including the largest expansion the resort has ever seen.

Star Wars: Galaxy’s Edge is an all-new, 14-acre land that opened this summer in Disneyland. The land is so different from anything Disneyland has done before and truly takes you to the planet of Batuu. The land will eventually have two attractions, but when it initially opened, only Millenium Falcon: Smuggler’s Run was ready.

In addition to Smuggler’s Run, Star Wars: Galaxy’s Edge opened a marketplace and a number of restaurants. It also opened Oga’s Cantina, a reservations only bar that is the only place inside Disneyland where you can order an alcoholic beverage. There’s a two drink maximum and 45 minute time limit to keep things going smoothly. And they have some really fun non-alcoholic drinks as well.

Pixar Pier technically opened in 2018, but not everything was ready for the official opening. The good news is that the land is now complete! Two new attractions opened in 2019: Jessie’s Critter Carousel and Inside Out Emotional Whirlwind. They are both darling, and perfect for families with small kids.

Disney surprised everyone last year when they announced that this family favorite attraction from the Magic Kingdom at Walt Disney World was coming to California. While this version varies slightly from the show in Florida, it is a welcome addition to Disney California Adventure that opened in April 2019.

Okay, now that we’re all caught up, let’s get into what’s happening at Disneyland in 2020! We’ll go over everything that’s coming in chronological order, which the exception of one major addition… and that’s only because a date hasn’t been announced yet. So, let’s go!

What’s happening at Disneyland in 2020

This is the ONLY new thing coming to the Disneyland Resort that we don’t have a date for. Initially Disney had said that it would come “summer 2020,” but they haven’t used that terminology, so we aren’t so sure it’s coming then. But, we’d love it if it did!

When it opens, it will include a new Spider-Man themed attraction, an Ant Man inspired restaurant and tons of character interactions. The existing Guardians of the Galaxy – Mission: BREAKOUT! will also become part of the land, and a phase two will open sometime after 2020.

If you’re thinking of taking a trip really early in the New Year, you’ll catch the tail end of Holidays at the Disneyland Resort. The official holidays celebration normally continues through Three Kings Day. You’ll get to experience all of the magic of the holidays, including Festival of Holidays in Disney California Adventure Park, “it’s a small world” Holiday and Haunted Mansion Holiday in Disneyland. There is so much more in both parks, Downtown Disney and even the Hotels of the Disneyland Resort to celebrate the season.

The highly anticipated, and most immersive attraction ever to be built, will open inside Star Wars: Galaxy’s Edge on January 17, 2020. The entire attraction experience will take around 30 minutes and put you face to face against Stormtroopers and Kylo Ren. Rise of the Resistance opening weekend happens to fall over the same weekend as Martin Luther King Day, and there is a convention in town. There may be a few crowds for this, but we are thrilled that it will be open nearly the whole year!

Exact dates haven’t been announced, but Lunar New Year is returning to Disney California Adventure Park in 2020. The event will begin in late January and continue through mid-February. The celebration includes limited time special experiences like Mulan’s Lunar New Year Procession, the Lucky Wishing Wall, specialty menu items and authentic cultural performances. While not Disney’s largest event, it is a really cool addition.

Foodies flock to Disney California Adventure Park each spring to experience the one of a kind, California-inspired food and wine festival with a Disney twist. Dates haven’t been released, but last year the event started in March and spanned through late April, lasting eight weeks. We expect a similar timeline and length for 2020. There are typically around 15 food kiosks each with a different theme that serve bite sized menu items. The festival also hosts exclusive events like celebrity chef demonstrations and Disney chef dinners. Many of these events require reservations and an additional cost, and they do sell out. Once the schedule becomes available, be sure to check it out and book anything you’d like to do as soon as possible.

One of the most popular times of year, without fail, is Halloween Time. In 2019 it started earlier than ever before on September 6, and it will probably be similar for 2020. Both parks get spooky decorations and some themed attractions for the occasion. Some favorites are Haunted Mansion Holiday, Guardians of the Galaxy – Monsters After Dark and the transformation of Cars Land into the town of Radiator Screams. There are also incredible, themed Halloween treats available throughout the resort. All Halloween Time entertainment and attractions held during regular park hours are included with admission.

There are a few nights during Halloween Time when Disney California Adventure Park holds a private Halloween party. The Resort used to host Mickey’s Halloween Party in Disneyland Park, but it has been replaced by Oogie Boogie Bash, which includes an exclusive World of Color show called Villainous!, a DescenDANCE Block Party, trick-or-treat trails and so much more. Tickets are normally released during the summer and they sell out. If you want to go to a Halloween Party, you’ll want to get your tickets as soon as you know you’re going. If you wait until the fall to try to get tickets, you’ll likely be out of luck.

Holidays at the Disneyland Resort

Each year the official holiday season begins in mid-November and continues into early the following year. While there are typically a few surprises, we can always count on the classic Disney Christmas trees in both parks, as well as Sleeping Beauty’s Winter Castle. There are holiday parades, shows, fireworks, attractions and treats galore. If you go early in the holiday season, it’s a great way to kick off the holidays with your family. If you want to go over the actual holidays, you should know that the week between Christmas (including Christmas Day) and New Year is the busiest of the entire year, and oftentimes the parks reach capacity. People come because it’s magical, but if you’re looking for lighter crowds, you’ll want to avoid that specific week.

We hope that helped plant some seeds as to when you want to start planning your Disneyland vacation for 2020. Whenever you’re ready, our partner Get Away Today is ready to help. By booking early, you’ll have first choice of hotels and you can lock-in your vacation price. Additionally, if you don’t have all of the funds up front, you can use their Layaway Plan and hold your vacation for just $175 down. Final payment isn’t due until five days before you go, so it’s the most flexible way to book your vacation. Check it out HERE!
Plus, their vacation experts are with you every step of the way, which is why we trust them with all of our Disneyland vacations. IN fact, we’ve booked with them PERSONALLY several times. Such a wonderful experience!

Book HERE and be SURE to use Promo Code “HowDoesShe” to save an extra $10 off any vacation package.

Andrea is mom to 6 blonde haired, blue-eyed babies and hundreds of cattle. City girl turned wife to a cattle rancher in the boonies, she’s slowly trying to prove herself as a pioneer woman. She enjoys reading, traveling (rather, dreaming of traveling), and legitimately wishes she were in the cast of the TV show ”Friday Night Lights.” 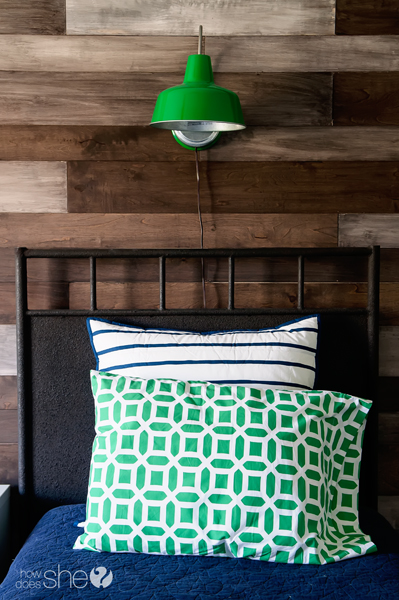