Disclosure: This post may contain affiliate links. This means, we may receive a small commission if you choose to purchase something from a link we post (including links to amazon.com because we are a participant in the Amazon Services LLC Associates Program.) Don’t worry, it won’t cost you anything.
Share2K
Pin179
Tweet
Email
2K Shares

When I was young, my parents tell stories of me standing on a chair at my grandparent’s house, reciting poems and singing at the top of my lungs for anyone who would listen. I begged to be put in sports and tried out for all the community plays. Needless to say, I was not a shy kid.

As I grew up, I had no problem speaking in public, talking to people I’d just met, or putting myself in social situations that I realize now, might have been mortifying for others. So I never fully understood shy kids until I had four of them. Aren’t genetics a funny thing?

When a lot of people comment on how well-behaved my children are, what they don’t realize is how intensely shy they are. As an extrovert, I didn’t get it. Go out there and play with your team, I’d say and my daughter would cover her face and cry at the thought of running out on a soccer field. Why didn’t you just ask your teacher if you could go to the bathroom? I’d ask my Kindergartner son when he came home with wet pants. I just didn’t get it. Why not speak up for yourself? Why not be social?

I’d never struggled with shyness so I had an incredibly hard time relating to my kids.

It’s taken years for me to learn better. My oldest is ten now and it’s taken that long–a decade of frustration over signing my kids up for activities where they would withdraw into their shells, heartache over hoping that they can make just one friend on the first day of school.

It’s taken time, but you know what…I get shy kids now. Not only do I get them, but I love them so intensely for the struggles that they face in a big, social world. So even if you don’t have shy kids, I guarantee you come in contact with them. Maybe you’re a teacher, or a coach, or have noticed quiet kids around you. No matter what your capacity, you will brush shoulders with shy kids and it’s a delicate, but rewarding matter of giving them a leg up. Here are some invaluable things I’ve learned when raising shy kids:

1. Shyness is a form of anxiety.

Shyness is not a choice. Psychology Today reports that shyness is apprehension that some feel when approaching or being approached by others. It is a response to fear. The thing about shy individuals that most don’t realize is that they want to connect with others, but may not know how. Many times, the very thought of starting a conversation with others or being talked to induces palpable anxiety.

The number one thing you can do for a shy child is to be patient. Shyness is not something you can cure by yelling at kids, or scaring them with threats. If you don’t perform in the piano recital, you’ll be grounded for a week. Getting angry only makes things worse.

When my daughter was in second grade, I signed her up for gymnastics. She was always doing cartwheels at home so I was sure she would love it. On the first day, she would not go onto the mat. I begged her, I bribed her with five bucks if she’d just go out. She looked like she was about to throw up. We sat there for fifteen minutes silent. I was at my wits end. Just get out there! I tried forcing her, and said things I wish I could take back. My daughter had tears pouring down her face and my insides were fuming. What was so hard about it?

And then something beautiful happened. A little girl from the team came over to my daughter, held out her hand, and simply asked if she’d like to come play. One quiet invite was all it took. My daughter walked onto that mat and this time it was my face wet with tears.

Overcoming shyness does not happen overnight. Please don’t get angry when it takes time. You may be disappointed that your shy child won’t be in the school talent show or run for student council. Understand that they probably want to, but getting there is a very difficult process for them. You have to meet them where they’re at and work from there.

3. Encourage, not force. Don’t give up on them.

Showing up late to an activity or event where my kids have to walk into a room and have all eyes on them can be utterly terrifying. For the longest time, I did not get it. I could walk into a movie 15 minutes late and apologize as I found my seat, but for my kids..they would rather turn around and miss the entire movie than have attention on them. It seems crazy, but for shy kids, unwanted attention triggers anxiety that they almost can’t handle.

Being the new kid in a situation is very similar. For shy kids, joining a new sports team or extra-curricular activity can be painfully daunting. But most shy kids want to participate…they just need gentle and persistent encouragement getting there.

When my oldest son was two years old, he could dribble a basketball better than kids more than twice his age. We have a video of him at the top of the stairs swishing a shot into his little basketball hoop at the bottom of the stairs, his sweet little voice saying, “I love batteball!” So naturally, I signed him up for basketball. Similar to my daughter and gymnastics, he got to the first practice and saw all the kids playing on the court and turned away.

He loved basketball, but he just couldn’t go out there.

Luckily, I’d learned a valuable lesson from his older sister. Quietly, without drawing any attention, I turned to face him and said, “Hey buddy, will you go out there if I go with you?” He nodded that he would and I stayed by his side the rest of practice. Over the years, I have been that mom out there on the soccer field, on the dance floor, and on the dirt t-ball field, gently encouraging my shy kids. Bystanders might look at me and think I’m enabling my kids or being a helicopter parent, but they don’t know the real story.

So if you are the dad doing plies or pirouettes so your daughter will feel more comfortable in ballet class or the mom coaching a little league baseball team because that’s the only way your son will play…good for you. You get it. Whenever you have the opportunity to help build a shy kid’s confidence, do it.

Gently encourage them with positivity. Let them know that they can do it and don’t be upset if they can’t act just. Trying to force a shy kid to take action is what they’re terrified of in the first place. It takes time. Keep trying.

4. Help them see what they’re good at. Celebrate even their smallest victories.

Back to my son and basketball. That first little team he was on in Kindergarten did wonders for his confidence. His coach recognized that he was extremely shy and she made a point to praise even his smallest victories. A made shot, a good pass. She’d give him a high five and encourage him to keep it up. That coaches compliments were like drops of water to a flower. He started to blossom that year and with each practice, each game, I saw him opening up. The next year, he asked to sign up for basketball again. New coach, new teammates, and new anxieties. But this year, I was only on the court the first three practices before he said, “It’s okay mom, I got this. But could you sit over there and watch me?” More and more people started complimenting him on his basketball skills and he’d light up.

My shy kid found something he was good at and he started coming out of his shell. I started to see him actually talk to his teammates. Even laugh with them. For a mom of a shy kid, my heart swelled.

To all you coaches, teachers, teammates, classmates, and friends…thank you for giving shy kids the chance to thrive.

One of the greatest strategies that helps my shy kids in new situations is what I call the “Five Times Rule.” Basically, we acknowledge that it’s okay to be scared. I’ve learned to never discredit the way my kids are feeling, but rather talk about it openly. Being shy is not a character flaw. It’s not a weakness.

When my shy kids start a new school year, a new activity, or are put in any situation they feel socially uncomfortable, I remind them of the Five Times Rule. I tell them that the first day of practice, they’ll probably have lots of butterflies in their stomach. It’s okay to be scared; it’s okay to feel nervous. The second day, there will be a few less butterflies and they’ll be a little less scared. Basically, after five times, the nervousness will be gone. Acknowledging that it’s not only okay to be scared, but it’s normal, has helped my shy kids to conquer nearly every situation they’ve been in. There’s something about getting a free pass to be scared that makes a shy kid decide they don’t need to be scared.

So if you have a shy child in your family, a kid on your team who’s more reserved than the rest, or a child in your classroom who is withdrawn, just remember that they want to be involved. They want to be successful, to be part of the fun, but they need to feel safe doing so first. Be patient and don’t give up on your shy kids. Confidence doesn’t need to be loud. I can tell you from earnest experience that shy kids can do incredible things. 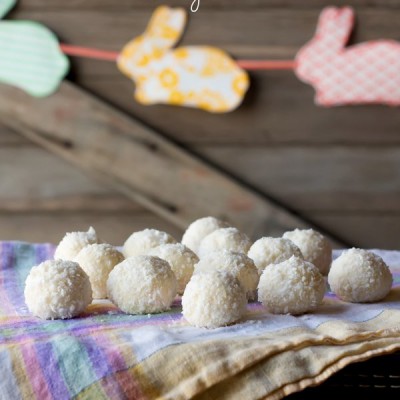 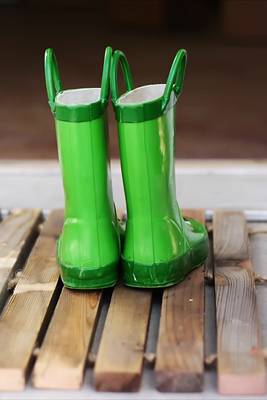